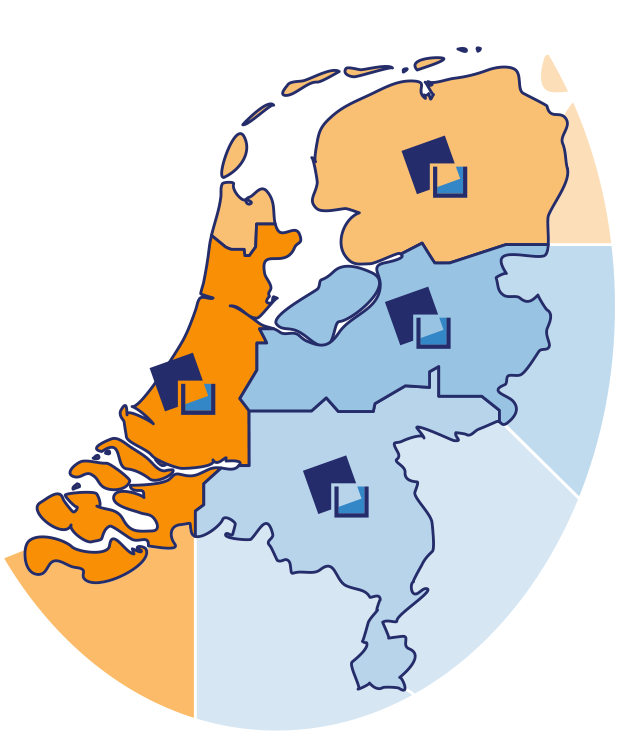 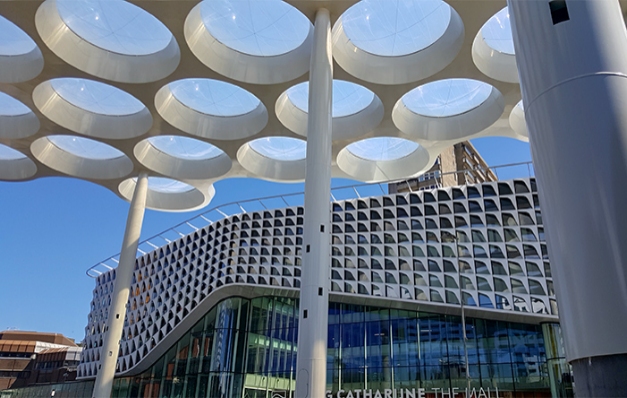 The Station Square is the new link between Utrecht Central, Hoog Catharijne and the historical city centre of Utrecht. Underneath the high, transparent, giant roof there are shops, restaurants and cafés.

The 130 steel modules and the seven pillars on which the giant roof rests were modelled, produced and assembled by Buiting Machinebouw & Staalconstructie. The enormous tubular pillars with a height of approximately 21 metres, a diameter of 1300 mm and a weight of more than 15 tonnes each were hot-dip galvanised by Rotocoat. A wet paint system was then applied to the tubes.